Since their debut in 1995, the Central Park Stompers have been thrilling audiences with their perfect blend of jazz and high-octane swing. Beginning at a club in Hartford, Connecticut to a crowd of more than four hundred lindy hoppers who remained on their feet the entire evening, it was clear that this was a band to watch. The Stompers quickly went on to perform at numerous swing dance clubs, including The Five Spot in Philadelphia, Roseland in Boston, and Swing 46 in New York City. They were asked to bring their infectious brand of swing to the closing ceremonies of the re-dedication of New York’s Grand Central Terminal, where they transformed the building into a huge swing dance club, with lindy hoppers and commuters screaming for more. The Stompers have been featured on “E” Television and on Fox 5’s “Good Day NY”, where they performed live at sunrise on Y2K in front of Grand Army Plaza in Brooklyn to thousands of TV viewers. They have recorded two albums, “The Central Park Stompers” and “Bad Girl Shoes.” The Stompers continue to delight music lovers at colleges, museums, summer music festivals, as well as weddings and corporate events. A partial client list includes the Aldrich Museum, the Bethlehem Musikfest, the Corning Museum of Glass, Estee Lauder, Marymount College, Merchant’s House Museum, Princeton University, Fordham University, the Newark Museum, and the Brooklyn Museum. 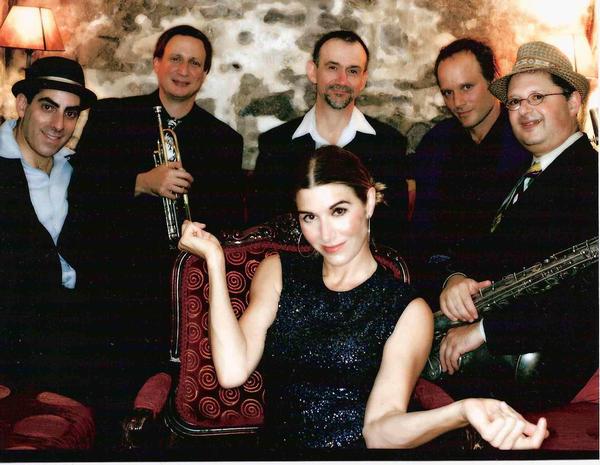