We are delighted to return to beautiful East Meadow, NY, Friday night, July 2 (7:30pm), to perform again at Eisenhower Park’s Harry Chapin Lakeside Theatre, in a musical celebration of America.  And what better way to salute our nation’s birth than with this classic swing music, which is uniquely American--created here, perfected here and recognized around the world as one of the USA’s most significant cultural achievements!

We are proud to present our full-length program for this summer called Themes Like Old Times, featuring classic theme songs from the greatest Swing Era bands, including Benny Goodman, Count Basie, Tommy Dorsey, Duke Ellington, Charlie Barnet and Les Brown, plus a special 100th Birthday tribute to the legendary Artie Shaw, featuring some of the greatest hits and hidden gems from the master clarinetist’s library, such as Begin the Beguine, Moonglow, and Stardust.

This link takes you to the Eisenhower Park website, which has driving directions (bottom of that page): . * While this is indeed a free concert, there is a $5 parking fee for non-Nassau residents , so you will need to be prepared to show ID when you enter the park.  There is plenty of room on the grounds for you to bring blankets, chairs and a picnic supper, so please come early and we will perform starting at 7:30pm. 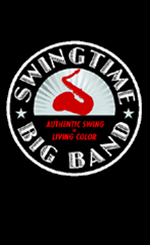